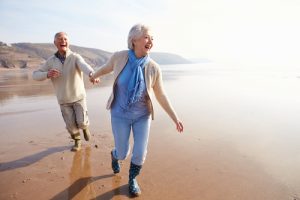 A retirement coach began her workshop by holding up a $20 bill and asking the group, “Who would like to have this money?”

As audience members raised their hands, the coach said, “I’m going to give this money to one of you,” but then began to crumple the bill up. “Who still wants it?” she asked. All the hands remained in the air.

“Well,” she continued, “what if I do this?” She dropped the bill on the ground and started to grind it into the floor with her shoe. She picked up the bill, now crumpled and dirty, and asked again, “Anyone still want it?” All the hands went back into the air.

“So, why do you still want it?” she asked the audience. One participant responded, “Because it’s still worth $20.”

The coach continued, “That’s exactly it! This simple activity offers new and future retirees a very valuable lesson. No matter what I did to the money, you still wanted it because it did not decrease in value. It was never worth less than $20.”

“In retirement, losing the career identity you spent a lifetime creating, and facing new and unknown circumstances, can at times make you feel crumpled up or ground into the dirt. But work is what you do, not who you are. Therefore, leaving it all behind doesn’t affect your true value.”

In order to avoid feeling lost or broken-hearted in retirement, ask yourself:
•Who am I when I’m not at work?
•What aspects of work are going to be the most difficult for me to replace?
•If I was suddenly faced with a financial hardship or troubling medical condition, who would I turn to? Who would get the first phone call? Who has been there in the past?

The worth of our lives comes not from what we do or what we have, but in who we are!

Dirty or clean, crumpled or finely creased, you are always priceless … especially to those who love you for who you are and what you stand for.

It’s a simple reminder that a truly meaningful retirement is built by not only preparing financially, but also by planning for the mental and emotional aspects as well.

About the Author: Sherry Dutra is a Talent Development, Career and Retirement Coach and Facilitator who believes we each have far more potential than we typically tap in to. She helps you learn how to step into your full potential so you can create consistent, optimal performance for yourself and your team with less stress and more enjoyment. If you would like to uncover and address hidden challenges that may be sabotaging your success, leverage your strengths, and accelerate your progress toward the results you desire, contact Sherry for a complimentary consultation.

This site uses Akismet to reduce spam. Learn how your comment data is processed.